Thirty meters down, you are looking toward deep water.  There is no transition, you are simply looking at a wall of blue water one second, and then there are the two enormous sharks, swimming directly toward you.  It is as if all that infinity of water suddenly coalesced into a darker round form with two beady eyes, and then pectoral fins, and then a tail, and then your brain understands how big they are.  They are really, really big sharks.

These two bull sharks are, amazingly, not the center of attention.  We are diving at Pointe aux Cachelots, but I have not yet named this place because we have not yet seen the cachelots.  I am, for the moment, overwhelmed by the concentration of life we have dropped into.

November 5, 1995, dive 3,027.  We are at the extreme western tip of Recif Doiman, and I am sure we are the first people to ever see this place.  Eleven miles from this hard and unforgiving coast.  You have crossed into Thule. 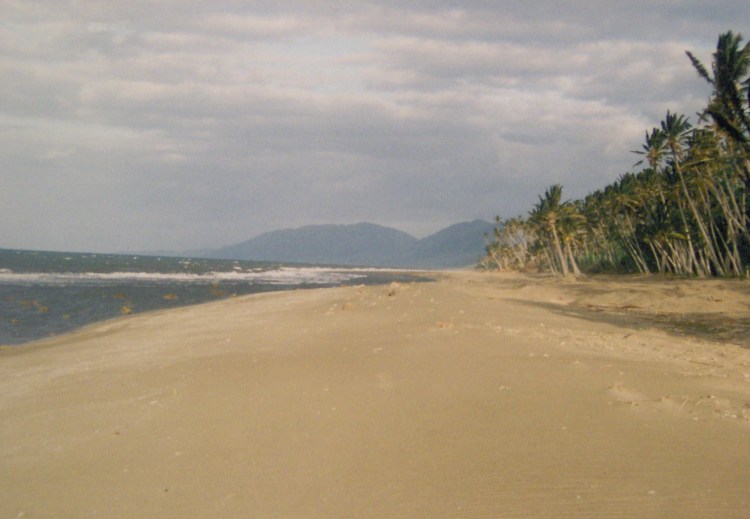 I am in a small boat, in a very big ocean.  “Here is the top of the reef, there is that big canyon on the right, and then we’ll make our way around all those big blocks behind it, and then we’ll turn around at the point and let the current bring us back on the outside.  This is a big-fish dive, so look up a lot.”  Blank stares, some silent scanning of the surrounding, apparently featureless seas, little looks of trepidation and fear, and then they just gear up thinking “he seems to know what he’s doing.”  I have become Hussein.

We are surrounded by an enormous school of perroquet à bosse.  These are, individually, quite large fish, and we are barely wet and find ourselves surrounded by a grazing school of fifty.  Moving down the reef top toward the canyon, I realize the bottom below is moving. 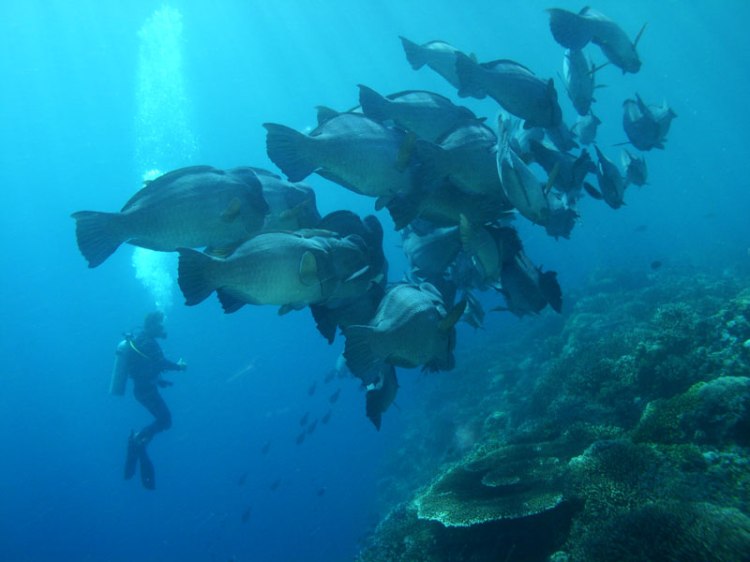 It is covered, literally covered, with spawning loche marbrée, hundreds, perhaps thousands of them.

Not understanding yet what I am seeing, I look up just in time to deflect three incoming thon a dents de chien, enormous tuna, with giant, unblinking eyes, entirely fearless.  Everything alive around us is, I now understand, fearless. 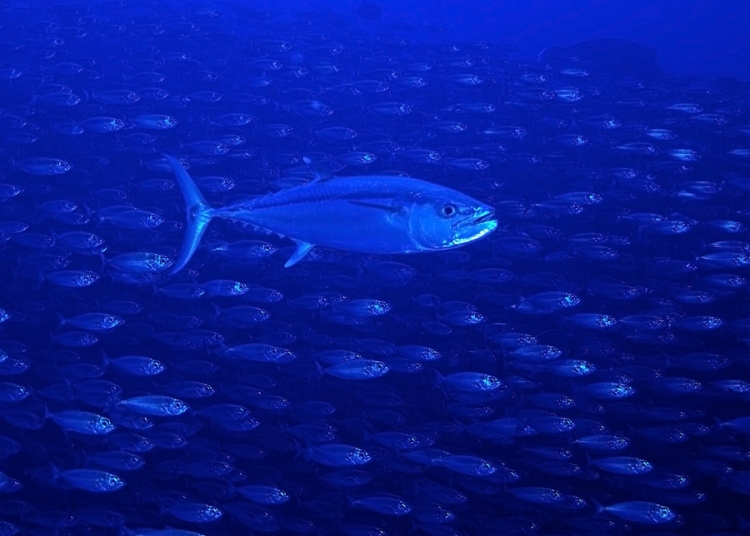 The bull sharks do not want to eat us.  It is abundantly clear that they, like every other creature swarming around us, simply wants to understand what we are.  I have been fortunate to be the first to dive several great sites, and that first time down, when the fish are curious and don’t know what you are, is overwhelming.  So much life, so intense . . . it is as if all of Creation wants to touch you.

We are drained and excited when the dive is over, but we do not get to rest.  Before we’ve even lifted anchor, the cachelots are there.  Sperm whales, exactly as you expect them to be if you’ve read Moby Dick.  They are everywhere.  They are lifting their tales, or breaching, or simply floating there in place.  And then humpbacks, more common whales in this region, but to see the two together is exceptional.  And then “exceptional” loses it’s meaning when the petit rorquals, Minke whales, arrive.  Everywhere you look, whales.  We shout “look, over there!,” only to suddenly have another one rise within arm’s length of the boat.  I see one swimming like a rocket on the surface, enormous and powerful, but cannot figure out what it is until I realize it is a sperm whale swimming on its back.  That long lower jaw open, but on top now, with each of those enormous teeth silhouetted.  They jump, they raise their pectorals, slap their tails.  It is too much life in one place for one lifetime.

On my way to work in Hienghene. I no longer wear swimsuits like that, but it was appropriate at the time. 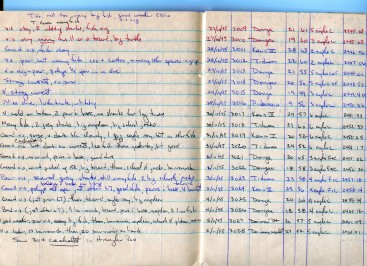